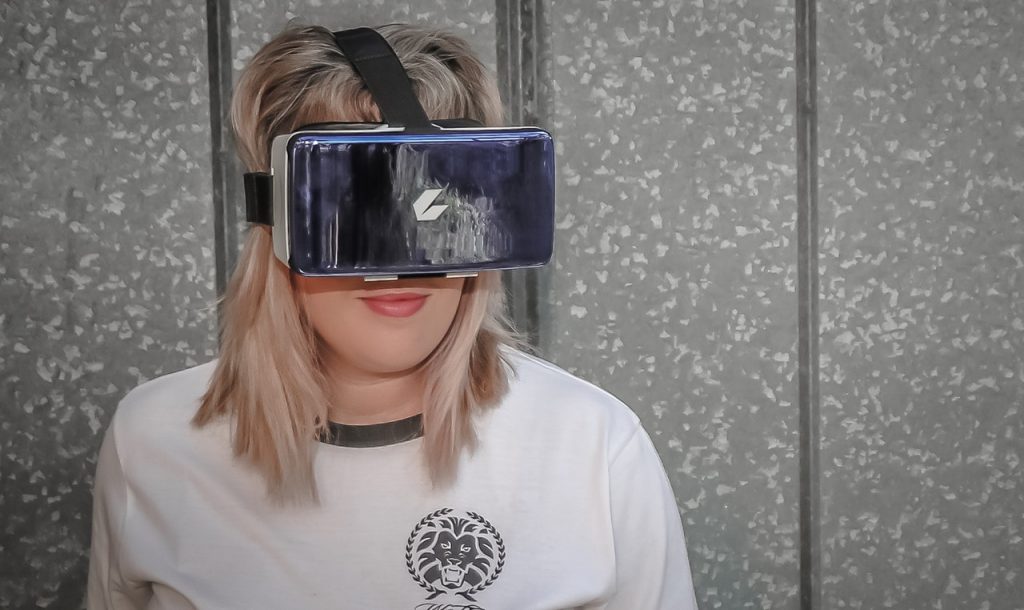 The launch of the Oculus Rift opened the doors to an opportunity for Jeffrey Lande to merge all three of his passions—poker, technology, and entrepreneurship—and introduce enthusiasts to the world of virtual reality poker.

Seven years ago, the Oculus Rift Kickstarter campaign revived the virtual reality industry. They were able to raise approximately $2.5 million for the development of a headset that promised to provide users with a 90-degree field of vision—something unheard of in the virtual reality consumer market at the time.

Last fall, Lucky VR Inc. announced their partnership with PokerStars, the world’s largest online poker site. And in May 2019, the company was selected to be one of 50 games that launched with the new Oculus Quest virtual reality headset from Facebook.

As an avid online poker player and serial entrepreneur, Lande’s experiences have influenced the way he operates his new business. Before founding Lucky VR Inc., Lande grew his entrepreneurial skills in two other ventures: Blushberry, a Toronto-based frozen yogurt shop in 2009, and BuzzDraft, a sports fantasy betting website in 2010.

“With every venture you learn so much experiencing the things that go right and things that don’t. I wouldn’t have been able to create Lucky VR without using learnings from past ventures,” says Lande. “Even if your past ventures are in different fields you’ll still learn from your successes and mistakes, and the lessons will apply to future endeavours. Everything from dealing with people (customers, employees, stakeholders, contractors) to the way you develop your product/software take time to figure out and rarely get right the first time around.”

Lande combined his history with start-ups, his knowledge of traditional online poker, and his interest in virtual reality to begin revolutionizing the way gamers played online poker.

Hurdles Along the Entrepreneurial Journey

For the first few years, Lande operated Lucky VR Inc. by himself until he hired a contractor who helped build prototypes and eventually joined the team as a technical co-founder.

Lande describes Lucky VR Inc. as a company that creates “immersive gaming experiences for head mounted displays with a specialization in casino and poker games.”

When players wear a virtual reality headset, such as the Oculus Quest, Lucky VR Inc.’s product immediately transports them into a captivating, three-dimensional simulated poker game. People from all around the world can connect and engage with other players’ avatars through this digital environment. You can pick up virtual chips and make bets, throw your cards in, smoke a virtual cigar, take a sip from your virtual beer can, and watch the dealer deal your cards.

But, Lucky VR Inc.’s journey wasn’t without it’s hurdles. At the beginning of the venture, Lande admits that he faced many challenges while growing the company to what it is today. Finding funding and first clients proved difficult for the software development studio as the gambling aspect of the game disqualified the company from obtaining any of the government financial programs available. Instead, Lucky VR Inc. attended trade shows to gain traction with potential clients.

Alongside overcoming financial obstacles, Lande explains that software development was another problem the team had to tackle. “To create a stable software product that hundreds or thousands of people will use especially on a brand-new medium, like virtual reality, and doing it for the first time at that scale, brings a lot of challenges,” Lande says.

Despite it all, Lande created a successful poker experience that caught the attention of both PokerStars and Oculus Quest, two big players in the tech market.

After learning about the Altitude Accelerator through the Ontario Centre of Excellence (OCE), Lucky VR Inc. applied to be a client and began working with Paul Barter, one of RIC’s Entrepreneurs-in-Residence.

The Altitude Accelerator’s services provided Lucky VR Inc. with the resources they needed to propel them into commercialization. During their time as a client, Lucky VR Inc. received advice from experienced entrepreneurs, like their lead advisor Paul Barter, practiced their investor pitch, and perfected their pitch deck through RIC’s Champion Series events. Lande recalls how helpful it was to pitch to an audience and answer questions in the Q&A period after the pitch.

“When you’re starting a new business, it’s always great to get feedback from someone outside your circle who has lots of experience in the common problems that you’ll inevitably face,” Lande explains, referring to seeking out assistance as a start-up company. “Especially if you don’t have a network of people with experience in starting a company or access to investors, RIC can set you on the right path and help avoid critical mistakes.”

While at RIC, Lande was introduced to other relevant start-ups, founders, and CEOs within his field. Lande credits Alex Senson, senior business strategist at the Altitude Accelerator, for putting him in contact with three engineers from a virtual reality company that also happened to be a RIC client at the time.

A few months after the initial introduction, when Lucky VR Inc. learned that they had to modify their game for the launch of Facebook’s Oculus Quest, Lande reconnected with the engineers and asked them to join the development team for three months. “We probably wouldn’t have been able to do it without them,” Lande reflects. “That was really great help.” 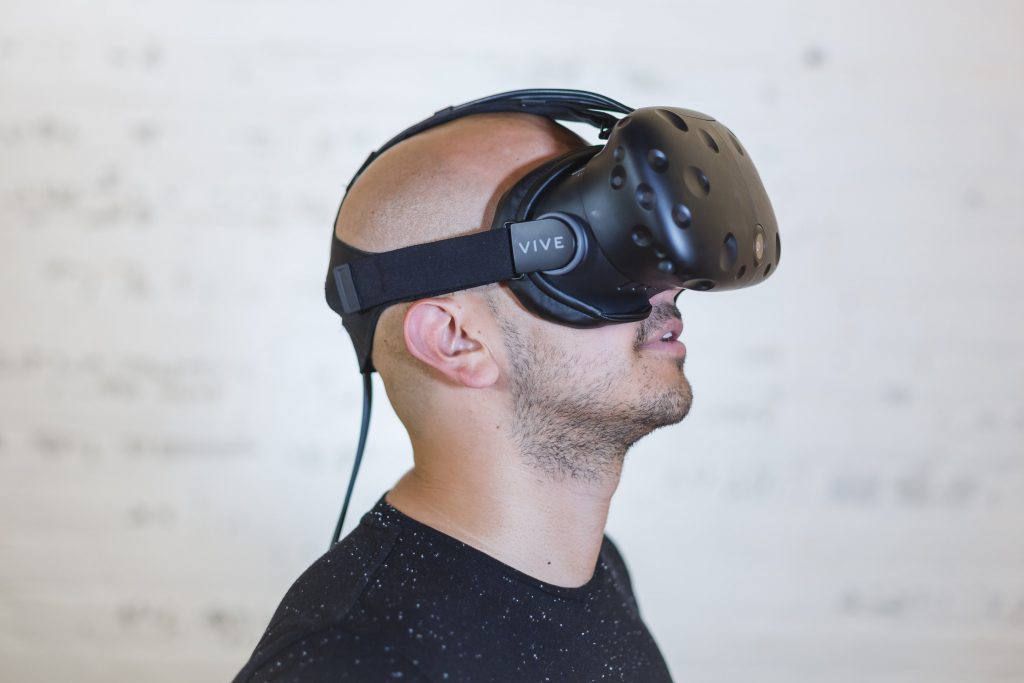 Working as Lucky VR Inc.’s lead advisor, Barter praises Lande’s tenacious work ethic for helping the company overcome any challenges they encountered. “Jeff was successful because he knew the poker marketplace well and he had opinions about how it was changing. He got ahead of the curve and did a VR application before his major competitors in the space, and he created a great experience,” says Barter.

Although most start-ups possess the technical and domain expertise to excel in their field—whether that be automotive, insurance, or poker for example—they may not always have knowledge in raising money to build capital or pitching to potential investors, notes Barter.

Barter believes that innovation hubs can provide start-ups, like Lucky VR Inc., with the resources they need to become comfortable and proficient in unfamiliar skill sets. “To have a resource available to you that can help advise you about those areas you’re not personally comfortable with is valuable,” Barter explains.

Moving forward, Lande hopes to continue growing the company’s player base for their PokerStars VR game, while also expanding it to other gaming consoles and platforms. He aims to focus more on the social aspect of the game and create an immersive social environment, allowing players to connect with people from across the world at a virtual poker table.

In the long term, the game may eventually transition to a more traditional, real money poker game, but for now Lande plans to spend his time hiring more talent, including programmers and artists, to produce a captivating social experience.

Over the next few years, Lande is excited for Lucky VR Inc.’s growth as virtual reality inches closer and closer towards mainstream.

For his fellow entrepreneurs who aren’t sure how to make their idea into a success, Lande’s suggestion is simple: “Seek out advice from people who have done it before. Listen to feedback from users [and] potential users. Make something that people really love.”

Altitude Accelerator’s services are developed and tailored for helpign entrepreneurs and startups wise-track their growth.