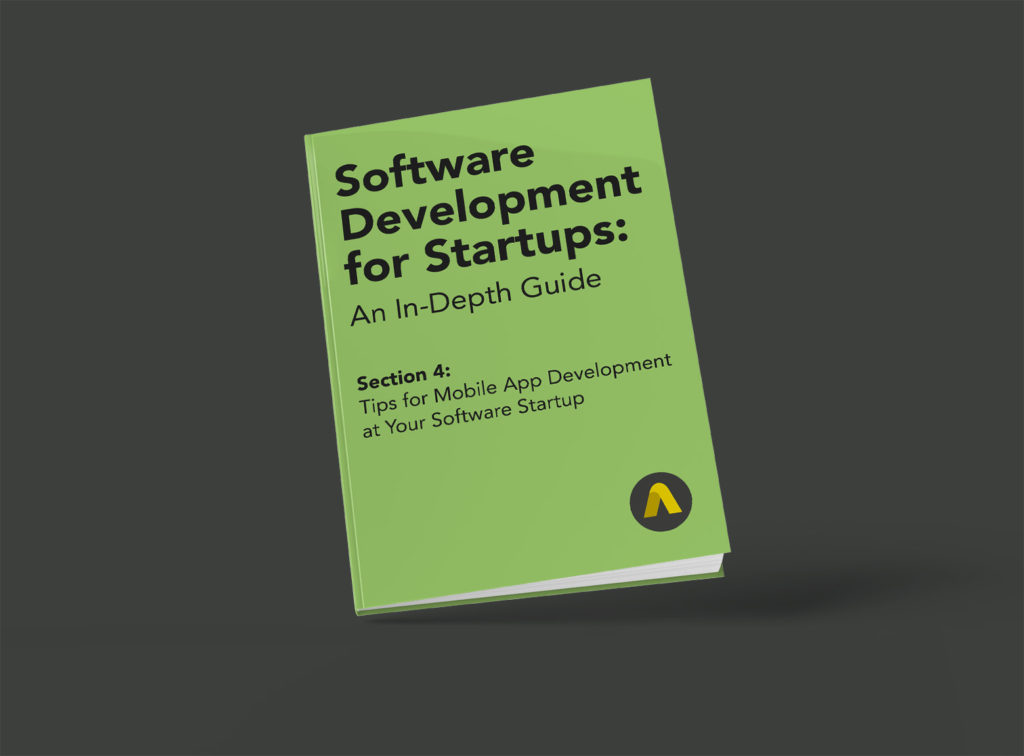 This article is for: Startups looking to make a mobile app, website or web app and exploring their potential options. Progressive web apps offer a new range of efficiency and functionality for mobile software development.

If you’re developing a mobile app, you’ve surely run into the dilemma of trying to make something suitable for all platforms while working on a budget. It’s nearly impossible for a software startup to make a uniquely programmed app for each operating system and they often need to resort to building a hybrid app. However, these hybrid apps can often come at the expense of app performance and appearance.

Expancio is a former Altitude Accelerator Incubator client who hopes to help other startups overcome this issue. Their platform allows companies to build high-performance, low-cost progressive web apps and, best of all, it doesn’t require much technical knowledge at all. James Lee, the VP of engineering at Expancio, sat down with us to tell us all about how progressive web apps (PWA) are taking businesses by storm and what they can do to help your business. This article will explore the following topics:

Main topics to be covered:

What is a Progressive Web App?

Progressive web apps (PWAs) make use of modern web capabilities to deliver an app-like experience on your website. These apps can be accessed by URLs or found through search engines and are deployed by web servers. The most impressive trait of PWAs is that they work for every user; they’re available on any browser and fit the screen and capabilities of any mobile, tablet, or desktop device.

These apps are often built to work offline, much like native apps. They can even include features like push notifications to encourage user re-engagement as well. The apps are instantly updated because they’re connected to a web server so all users are always up-to-date and can be shared between users by passing on a simple link to it. Another main appeal is that PWAs allow web developers to create apps without having to learn native languages; they are generally written in web languages like HTML or JavaScript.

According to James Lee, PWAs are changing the way websites work. Their front-end, user-facing side can figure out the size of the user’s screen and adapt accordingly while the server only sends the pieces of the app that are needed to be displayed on the screen. This all cuts down the bandwidth needed to load a page and significantly increases performance and speed. The use of angular framework in combination with web languages allows for the programming of dynamic, interactive web apps.

Clearly, PWAs are a technology with many cost-saving benefits, owed mostly to its flexibility to act in place of websites and native mobile apps.

The Motivation for Progressive Web Apps

Lee explains that when digital technologies were first getting in the hands of general consumers, large companies like banks needed to make websites so people could access relevant information on their computer. When smart phones became prevalent 10-15 years ago, people stopped using their computers as much and companies needed to start developing apps in addition to their website. Having to produce both was often a huge undertaking, shifting their data and technology to apps through development, testing, and building a whole new software infrastructure. Lee worked at CIBC at the time and says it took over $5 million to move their “Investor’s Edge” program from their website to their app.

Three or four years ago, business leaders realized they shouldn’t be spending so much money on recreating the exact same thing from their website onto phones. They were looking for cost savings and convenience through a way to merge their app and website together. After all, business had needed to employ teams for web, Apple, and Android development of many of their software projects.

The first company to come up with progressive web apps was Google. They created “responsive websites” that could automatically fit onto a phone screen and behaved more advanced than a traditional website. Traditional websites generally didn’t fit screens very well, so that was an innovative change in and of itself!

Companies were hesitant to jump on board with PWAs after Google, then finally the first big player to follow their lead was Starbucks. Their leadership learned all about PWAs at Google’s I/O conference in 2015 and they were all over it. Starbucks already had good sales on their app, but soon saw their average sales numbers triple after making a PWA. Now, Apple, Microsoft, and many other large companies are starting to fully get behind PWAs. Some of the most popular companies now making use of them include Ali Express, Trivago, and Forbes.

How Expancio is Here to Help

Lee recalls that before Expancio had even begun, the idea of the service was extremely intriguing to those that he and Expancio’s cofounders worked with. A lot of these coworkers wanted to build a cross-functional platform because they couldn’t afford to make websites and apps; they were just too busy to manage all of those different teams. Even after Expancio’s team began proposing potential prices for the service, people were still interested.

Their original concept was to give smaller business a variety of complex systems to help them build a PWA without programming knowledge at a low cost. Their focus was on fine-tuning performance and functionality, but they soon realized people weren’t interested in that complicated approach. So Expancio pivoted to create a comprehensive “all-you-can-do” system that was more user-friendly to non-technical business leaders.

What can Expancio Do for You?

Now, Expancio’s software-as-a-service platform enables businesses to build their own PWA without much technical knowledge. Clients just sign up with Expancio and all of a sudden, they’re in the system and on the cloud; the front-end of your website looks like an app while the back-end is run by Expancio.

Building a PWA is easy. Expancio acts like a page editor where clients can add features like videos, slideshows, blogs, a shopping cart, and beyond! You just construct your app using their drag-and-drop system and you’ll be well on your way.

One of the main features that Expancio offers is that their PWAs can be saved right onto a user’s phone just downloading like a native app. This helps keep users engaged by sending them push notifications and keeping your website right on their home screen without being downloaded.

Over their time working with a variety of businesses, Expancio has taken the time to learn what business really want on their apps. For example, one of their clients was making an app for their restaurant. Expancio gave them access to a wealth of features involving tracking customer data, but soon realized that the clients weren’t using any of those features; they just wanted the app so people could order food. Their wealth of experience has given them much more insight into what features they should be focusing on with different kinds of businesses in the future.

Expancio also helps their clients by keeping track of their user data and improving the PWAs based on user behaviour. They have a lot of data by nature, with clients’ PWAs being run through their platform, so they are able to continue to learn about which features work. This includes knowing how long users stay on a page, how quickly they leave, or how often they save the app. This feedback helps them make better decisions about how PWAs should be designed to maximize user retention and conversion.

While Expancio provides a Shopify-like experience, startups can develop their own PWAs from scratch if they want to as well. However, the time and cost may be similar or even more than developing a native app.

Key Takeaways: The Benefits of PWAs and Expancio